The Guardian is a British daily newspaper. It was founded in 1821 as The Manchester Guardian, and changed its name in 1959. Along with its sister papers The Observer and The Guardian Weekly, The Guardian is part of the Guardian Media Group, owned by the Scott Trust.

← Back to all Publications 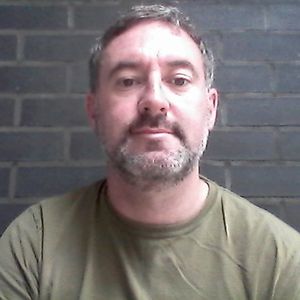 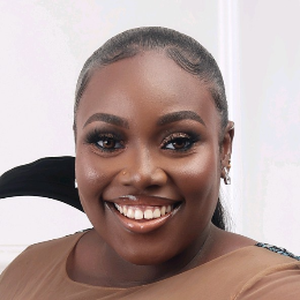 Multilingual freelance writer with a passion for the arts and politics. 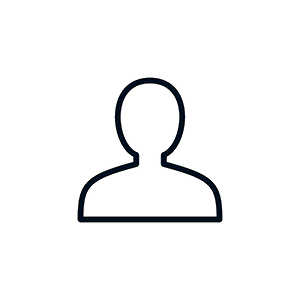 Creative content producer with experience writing in a wide variety of topics for vastly different audiences. View some of my work or contact me for more information. Contact: nwithers@hotmail.co.uk 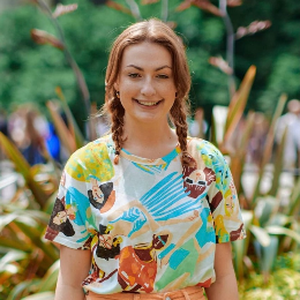 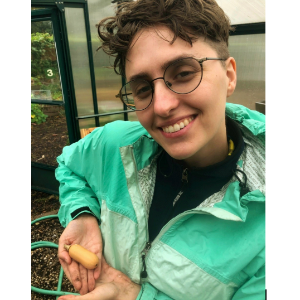 Spring buds always bloom in line with new Apple gadget releases. But the savviest consumers will be lying in wait for soon-to-be superseded devices to become more readily available on the refurbished phone market.
By Olivia Gee
5th September 2022 • The Guardian
https://www.theguardian.com/fashion/2022/sep/03/miquita-oliver-gives-her-mum-and-grandma-oxfam-charity-shop-makeover

Pre-loved up! Miquita Oliver gives her mum and grandma a charity shop makeover

Best podcasts of the week: Inside the tragic life story of Koko the celebrity gorilla

The Guardian: Rapper’s delight or weapons-grade nonsense? The app that uses AI to help MCs bust a rhyme

New tech is promising to take rap artists to new lyrical heights. But will its algorithm be able to handle our novice writer’s rubbish rhymes?
By Tom Faber
23rd August 2022 • The Guardian
https://www.theguardian.com/lifeandstyle/2022/aug/22/where-ever-you-go-there-you-are-the-myth-of-the-whole-new-me

Where ever you go, there you are

On the myth of 'a whole new me', the false hope of fresh starts and writing Sadie Starr's Guide to Starting Over
By Miranda Luby
21st August 2022 • The Guardian
https://www.theguardian.com/environment/2022/aug/18/uk-has-more-than-1000-livestock-mega-farms-investigation-reveals

There are more than 1,000 US-style mega-farms in the UK, including some holding as many as a million animals, according to a new investigation. These mega-farms include poultry, pig, beef cattle and dairy units.
By
18th August 2022 • The Guardian
https://www.theguardian.com/travel/2022/aug/06/albania-beaches-cities-mountains-tourism-history-guide

Into the sun: Albania’s beaches, mountains and ancient towns

Magnolia species lost to science for 97 years rediscovered in Haiti

Yes we can! Music, comedy and books to inspire confidence

Keep calm and carry on: how Australians can have a hand luggage holiday – with kids or long haul

Scientists hunting for dormice have been surprised to find toads sleeping in their nest boxes, high up in the trees. A study has for the first time revealed the frequency with which the common toad nests and breeds in the trees. These toads were found dwelling as high as 3 metres above ground in trees, with a record of 50 found living in dormouse nest boxes. Researchers said this was unexpected because common toads, regarded as terrestrial amphibians, typically spend their time either on land
By Sundus Abdi
6th July 2022 • The Guardian
https://www.theguardian.com/environment/2022/jul/05/dangerous-strain-of-salmonella-becoming-more-common-in-uk-meat

A dangerous strain of salmonella is becoming more common in meat in the UK, unpublished government records show.
By
5th July 2022 • The Guardian
https://www.theguardian.com/world/2022/jul/05/potentially-deadly-superbug-found-in-british-supermarket-pork

Some British supermarket pork has been infected with a potentially fatal superbug, an investigation has found. The findings highlight the risks to consumers from overuse of antibiotics on some farms.
By
5th July 2022 • The Guardian
https://www.theguardian.com/us-news/2022/jul/02/republican-violent-ads-rino-hunting-permit

Before the Capitol attack on 6 January, Robert Pape, a University of Chicago professor, had studied political violence around the world but not in the United States because there had not been much to examine, he said. Pape worries that could soon change because of politicians like Eric Greitens, a former Navy Seal from Missouri running for Senate, who recently released an advertisement in which he racked a shotgun and led a team of armed men as they stormed a house to hunt more moderate members of his own party, know derisively as Rinos, as in “Republicans in name only”. “Join the Maga crew,” Greitens, a former Republican governor, declares in the ad. “Get a Rino hunting permit. There’s no bagging limit, no tagging limit, and it doesn’t expire until we save our country.”
By Eric Berger
2nd July 2022 • The Guardian
https://www.theguardian.com/global-development/2022/jun/28/bolivia-femicide-violence-feminists

They once worked for big oil’s enablers. Now they refuse to be complicit

More than a century ago, fossil fuel firms hardly needed help maintaining their image. Coal-powered trains, oil-burning power plants and gas-heated houses were likened to patriotism and social progress. But over time, especially as industry scientists began uncovering the direct link between the burning of fossil fuels and the climate crisis, America’s petroleum giants turned to the public relations industry they had helped create to persuade consumers to remain loyal.
By L.F.A.
27th May 2022 • The Guardian
https://www.theguardian.com/world/2022/may/25/canada-refugee-asylum-seekers-roxham-road

Canada’s refugee road: a lifeline for some, a political headache for others

Mohammed Al-Hashemi had been in the United States for two months when his phone rang. There was no caller ID. “I can take you straight to Canada,” said the man, before warning: “It may cost you a lot of money.” “I told him, ‘OK.’ I was ready to go, ready to move to the next step,” said Al-Hashemi, who had been a lawyer in Yemen before he was forced to flee. He was driven the next day to Roxham Road, which runs between Quebec and Plattsburgh, New York. After walking across the border, Al-Hashem
By Alexandra Tremayne-Pengelly
25th May 2022 • The Guardian
https://www.theguardian.com/world/2022/may/15/covid-coronavirus-1m-deaths-separation-isolation

What made America’s Covid death toll even worse: the gnawing pain of human separation

In the middle of the night on 20 August last year, Gordon Robertson received a phone call from the Florida highway patrol. The officer had pulled over his brother, Bruce, who was disoriented and claimed he was coming to see him. “I’m thinking, that’s really odd: I had told him he was not allowed to come up here and visit until he got vaccinated,” said Gordon, 71, who lives in Longwood. “I asked him a dozen times, ‘Bruce, you gotta get this. You gotta get this.’ And he wouldn’t do it.”
By Eric Berger
15th May 2022 • The Guardian
https://www.theguardian.com/us-news/2022/may/15/us-public-health-healthcare-covid-society

‘Failure of an American ideology’: why Covid has an outsized impact on the US

David Rosner continually talks to colleagues who are distraught about the American response to the Covid-19 pandemic. “When you are in a school of public health and a public health environment, people really feel when they are failing,” said Rosner, who studies public health and social history at the Columbia University Mailman School of Public Health. That defeated feeling is compounded by the fact that 1 million people in the US have died from Covid-19 – the highest Covid death rate among large wealthy countries.
By Eric Berger
15th May 2022 • The Guardian
https://www.theguardian.com/us-news/2022/may/13/missouri-republicans-violent-rhetoric-eric-greitens

On 25 April, the former Missouri governor Eric Greitens, now running for US Senate, posted a video on Twitter of him and Donald Trump Jr, firing semi-automatic rifles at a range. “Striking fear in the hearts of liberals everywhere,” the former president’s son said.
By Eric Berger
13th May 2022 • The Guardian
https://www.theguardian.com/football/2022/may/07/brighton-manchester-united-premier-league-match-report

Ralf Rangnick apologised to Manchester United’s supporters after their “unacceptable” defeat which ensured the club will finish with their lowest Premier League points tally. United have been accused of being on the beach during their dismal season and Rangnick’s hapless team, who are in danger of missing out on Europa League qualification, were all at sea with Brighton rampant on the south coast. Rangnick said: “To start with it’s important to apologise to our supporters. They came all the way
By Simon Mail
7th May 2022 • The Guardian
https://www.theguardian.com/lifeandstyle/2022/may/06/experience-punctured-lung-eating-cereal

Experience: I punctured my lung by eating cereal

Accidents happen to me all the time – I play a lot of sports in Melbourne, where I am finishing a master’s degree and potentially storming towards a mixed netball grand final. I have broken my back, dislocated my kneecap, torn my groin and had appendicitis. But it was a piece of cereal that gave me my biggest scare.
By Joseph Arthur
6th May 2022 • The Guardian
https://www.theguardian.com/world/2022/may/05/bolivia-jeanine-anez-trial

By THOMAS GRAHAM
5th May 2022 • The Guardian
https://www.theguardian.com/environment/2022/may/04/oil-and-gas-industry-us-public-schools

The oil and gas industry wants to play a word-and-picture association game with you. Think of four images: a brightly colored backpack stuffed with pencils, a smiling teacher with a tablet tucked under her arm, a pair of glasses resting on a stack of pastel notebooks, and a gleaming school bus welcoming a young student onboard.
By L.F.A.
4th May 2022 • The Guardian